The team at Hele Valley Holiday Park have been working hard over the winter months in preparation for another exciting holiday season!

On the 1st of April we will be re-opening the Holiday Park after the winter period. Yipee! We will soon be ready to welcome back our families and set out to do our very best to have our guests leave with an unforgettable stay and with memory's that last a lifetime. Each year throughout the Easter week we organise a variety of games to keep youngsters busy whilst mum and dad can sit and chill. Last year children took part in a duck race, Easter Bonnet competition, prizes, an Easter egg hunt and lots of other exciting games!

Whether you are on a fun family outing or a perfectly relaxed day trip for you and your companion, we have listed below just a few attractions and activities going on in and around Hele Valley over Easter!
Tapely Park are having a special Easter Mad Hatters Party on the 8th of April two sessions available at 11am and 2pm, a full tea party, lawn games and a character hunt so to book tickets click here https://www.tickettailor.com/checkout/view-event/id/81140/chk/25ea or for more information contact Http://www.hoteventz.co.uk. 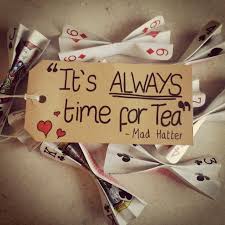 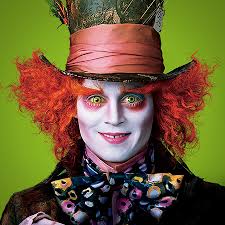 The Big Sheep is an amusement farm park situated approximately 22 miles from Hele Valley. Perfect for all ages and all weather conditions! This year The Big Sheep have arranged an Easter Egg-stravaganza Festival from Saturday 1st April until Monday 17th April – over 30,000 chocolate eggs to find. Are you up for the challenge? Visit their website for more information http://www.thebigsheep.co.uk/.

The Milky Way.  Located less than 8 miles from The Big sheep you will spot another great Adventure Park we recommend to families - Covering over 110,000 sq ft, the Adventure Park has indoor and outdoor activities. Making it the biggest all weather, family day out in North Devon. For this year’s event The Milky Way will be paraded by Darth Vader, his Storm Troopers and many other characters from the legendary on-going movie series Star Wars! Are you brave enough to confront the dark lord? On the 15th April they will be marching around the Adventure Park ready for recruitment and there will be lots and lots of photo opportunities! Let’s see if you will be one of the lucky ones to spot them!
'May the force be with you...'
Why not take a look at this link to see the video of fabulous things to do at The Milky Way https://youtu.be/6Mwlzaeo338

RHS Garden Rosemoor have prepared something special for all of you flower lovers out there too, as well as exploring the gardens, in their spring glory and finding wonderful flowers and views! From 1st April until the 17th they will be holding a Lindt Gold Bunny hunt and a crafts special please click on this link for more details https://www.rhs.org.uk/gardens/rosemoor/whats-on/easter-at-rosemoor
For an extra discount of 10% off your ticket price please follow this link:
https://www.rhs.org.uk/gardens/rosemoor
Arlington Court is another place to visit whilst in North Devon! Whatever the reason of your trip, Arlington Court has plenty of amenities to suit all age ranges. They are also holding a Cadbury Easter Egg Hunt which is available from 14th until the 17th April at 11am till 4pm and dogs are also welcome. Why not take a look at what else is on here?  https://www.nationaltrust.org.uk/arlington-court-and-the-national-trust-carriage-museum/features/family-fun-this-easter-at-arlington-court

So what are you waiting for book now for your own Easter week experience at Hele Valley Holiday Park with all the local attractions in and around us in North Devon!

North Devon is most well-known for the miles of glorious sandy beaches, elegant countryside views and laid back fishing villages. The easy going pace makes for the ideal holiday atmosphere.  It just goes to show that North Devon is understandably one of the UK’s most popular holiday destinations. But some things are a little less obvious. Take a look at these 8 interesting facts about North Devon and the surrounding area… 1. St Nicholas’ Chapel   At the peak of Lantern Hill in Ilfracombe is  St Nicholas’ Chapel,  alle gedly the UK’s oldest working lighthouse, built in 1361! The building and its beacon have stood for over 650 years! Ilfracombe harbour with St Nicholas' Chapel on Lantern Hill (photo https://new.devon.gov.uk/northdevonnews/) 2. Tidal Range The Bristol Channel separates South Wales from North Devon. It is placed second  on the planet  for the title of highest and lowest tides (second only to the Bay of Fundy in Canada), meaning that Nor
Read more 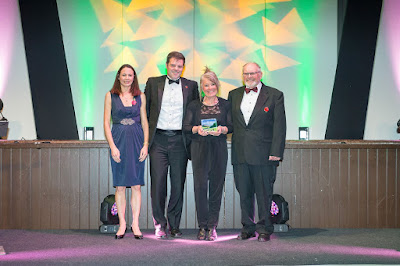 In 2015, Hele Valley Holiday Park was nominated and ultimately took away the Bronze award in the Holiday Park & Holiday Village of the year category at the Devon Tourism Awards. Earlier this year we were amazed to hear that we were shortlisted for the third year in a row, this time not just for one award, but two! The nominations were in both the Camping & Caravanning Park of the Year category, as well as the Holiday Park & Village of the Year category. We were invited along with Devon’s top businesses to attend the 7th annual Devon Tourism Awards held on Thursday 10th November in the Great Hall of the University of Exeter. Hosted by Judi Spiers and with special guest Jo Pavey, throughout the evening the awards were presented to winners in categories as diverse as Spa & Wellbeing, Hotels, Restaurants, Pubs and Attractions. Ilfracombe was noticeably put on the map with several outstanding local businesses showing their hard work and playing a big part in contributing
Read more